In 2014, the IPSO Alliance hosted the Second Annual IPSO CHALLENGE, a contest for innovators around the globe to design and showcase the latest real world uses of IP-enabled technology.  This year, the CHALLENGE was sponsored by Atmel, Google, Grid Connect,  Linear/Dust Networks, Micrium, and STMicroelectronics.  Entrants submitted a proposal for a product, design or application utilizing the Internet Protocol (IP) in an innovative manner. Once selected as a semi-finalist, contestants submitted a working prototype that was tested by a panel of distinguished judges and IPSO members. Semi-finalists had 8 weeks to perfect their designs, descriptions and innovation videos for presentation during Sensors Expo in Chicago, IL. The Top Ten Semi-Finalists were flown to Chicago, courtesy of IPSO Alliance, where they were featured in the IoT Pavilion, alongside IPSO Members Atmel, HOP Ubiquitous, Micium and Sigma Designs.  Sensors Expo attendees were encouraged to vote for their favorite entry in the inaugural People’s Choice Awards, where two lucky voters were entered in a drawing to win a 1-year license for the Micrium µC/Probe Professional Edition. During Sensors Expo, prizes of $10,000, $5,000, $2,500 and the People’s Choice Award, provided by Linear/Dust Networks, were awarded center stage in front of a wide audience of technology industry specialists. Finalists and semi-finalists alike received invaluable international exposure through IPSO’s recognition of their innovative designs.

IPSO CHALLENGE is designed to both promote and contribute to the development of the Internet of Things. The competition seeks innovative concepts in interfaces, interactions, and applications that showcase the use of the Internet Protocol (IP) in sensor/control and machine-to-machine (M2M) applications enabling the IoT. After receiving numerous interesting, unique and original entries, the Alliance has announced that it will be continuing to seek out more creative and innovative usage of IP in IPSO CHALLENGE 2015. 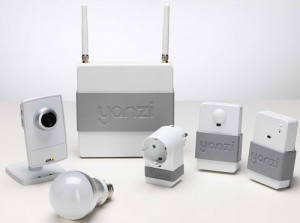 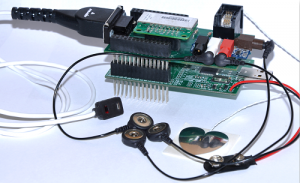 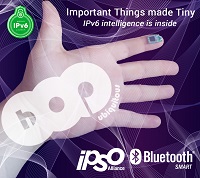